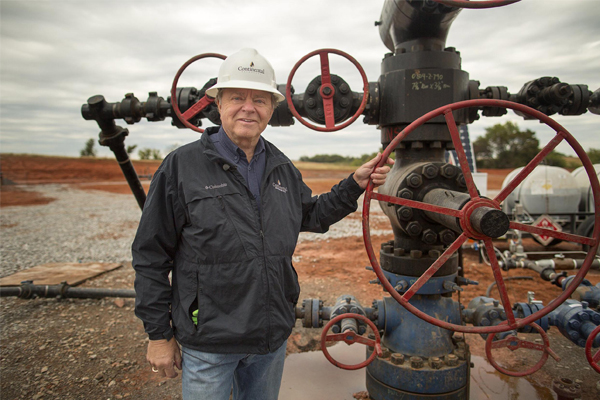 Continental Resources is an American petroleum and Natural Gas Exploration and Production company. It is among the top ten independent suppliers of Oil in the United States and is known as the energy revolution specialist in America. Being based in Oklahoma City, it is the largest leaseholder and a key producer in the nation’s leading Oil fields, North Dakota’s Bakken and Montana. Through focus on the exploration and production of Oil, it has unlatched the technology and resources essential for American energy independence and leadership in the World Oil market. The company gives special emphasis on its leasehold and production strategies in Oklahoma City in both, the newly discovered SCOOP play and the Northwest Cana play.

Continental, has been a pioneer in the use of advanced technologies for Oil and Gas exploration and development. It was one of the first firms to carry out horizontal drilling and well stimulation, and it also discovered one of the country’s largest Oil-producing meteor impact craters. The company’s overall production amounts to 242,000 barrels of Oil equivalent (1,480,000 GJ) per day, 57% of which is petroleum and 43% is Natural Gas.

ECO-Pad is a drilling technique which enables drilling four Wells from a single drilling pad. The strategy enables the company to simultaneously build two different configurations on two separate spacing systems, increasing the efficiency of development. It also allows to harvest more of the resources of a reservoir while reducing the impact on the land’s surface. On the excavation and construction of each project, the ECO-Pad strategy offers an additional 10 percent cost saving. Throughout 2011 and 2012, it planned to add over 40 ECO-Pad initiatives and see ongoing cost reductions for each Well.

Horizontal drilling provides access to resources that were not economical to access before. Throughout the U.S it is unlocking Oil and Gas reservoirs with this technology, reducing the dependence of its nation on foreign energy imports. Upon drilling two miles down, it can position a drill bit in Oil reserves about the size of a basketball hoop two miles away.

Well stimulation is an Oil and Gas term for using high pressure water and sand to break a deep underground rock formation. Through injecting this fluid into a drilled Well, it will open up tiny fissures up to several tenths of an inch wide, enabling Oil and natural Gas reserves locked in dense rocks to flow back into its pipes to the ground where it collects them for fuel usage. It makes good economic sense to produce more energy while using less capital and represents the obligation it has towards the people and the world in which it works.

Continental embarked on a company-wide effort to capture and identify the principles that shape the backbone of the community. This in turn helped Continental to rise from one man to the Company it is today with a tank truck, and to memorize the values that drive its activities as a leading independent American energy producer. The group encourages each other to execute, guide and work ethically and professionally to maximize investor value.

The company cares for itself and others, and aims to be a good steward for its safety, property, atmosphere and shareholder’s interest. In its intentions and actions, it is fair, genuine, sincere, and treats everyone with respect. It is committed to the highest quality standards and the best business practices.

LINKS TO JOBS AT CONTINENTAL RESOURCES