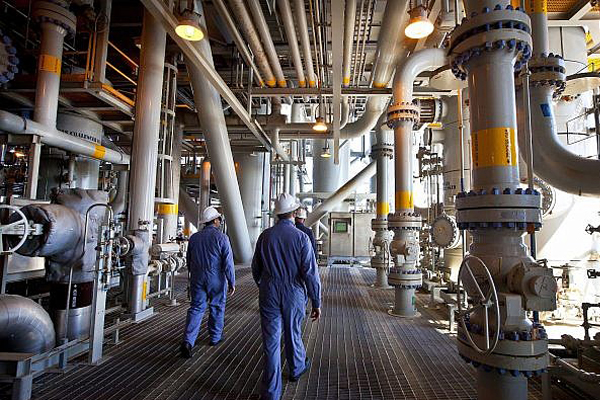 Noble Energy, Inc. is a petroleum company founded in 1932 and was known as Noble Affiliates, Inc. until 2002. It is an independent exploration and production company, energizing the world by delivering Oil  and Natural Gas to the marketplace in a safe and responsible manner. It is a company engrossed in search of hydrocarbons. The firm is exploring and producing liquids from crude Oil , Natural Gas, and Natural Gas Liquid. This company comes on the 583rd position in the Fortune 1000. Leviathan gas field possesses 39.66% of Noble’s working interest while Tamar gas field possesses 25%. It also has interests in offshore oil fields in Equatorial Guinea, Cameroon, and Gabon. This company’s main holdings are in the United States, in the Wattenberg gas field/Denver Basin in Colorado, the Delaware Basin, and the Eagle Ford Group. Following are some facts about the company:

The company has reserves of about 1,929 million barrels of oil equivalent, out of which

The total reserves of the company proved to be:

Noble Energy is an unconventional U.S. firm, enhanced by global offshore capital. Increased investment plays a major role in a portfolio combined with both high-potential opportunities and low-risk construction projects. Following are the areas in which company mainly operates;

Area of DJ Basin is centered in eastern Colorado but extends into southeast Wyoming, western Nebraska, and western Kansas. Here the operations of Noble Energy are concentrated in the Weld County’s liquids-rich area.

With the acquisition of Rosetta Resources Inc. in 2015, Noble Energy gained major presence in the Oil -rich Permian Basin of West Texas. Through buying Clayton Williams Holdings, Inc., it further extended this role. These purchases boosted its holdings onshore and improved its access to high-margin liquids.

The 2015 acquisition of Rosetta Resources added new high-potential land area to Noble’s portfolio in Southern Texas’ Eagle Ford Shale. The Eagle Ford Shale is a deposit that contains both Oil and Natural Gas. The shale’s range stretches north-east, perpendicular to the Texas shore from the lower reaches of the Rio Grande River. With a regional office in Dilley, Texas, its activities focus on 33,000 acres in the southwestern part of this formation.

Noble Energy participates in midstream activities which actually takes place after the energy resources are extracted from the ground. These activities are:

Noble Energy’s work in the Eastern Mediterranean can be associated with groundbreaking discoveries and major project executions. The company is approaching energy security in the region with a long-term, reliable supply of natural gas.

Noble Energy’s work started as a non-operating partner in Guinea in the Alba field in the early 90s. In 2005, it made its first operated discovery in the Alen field, located in the Douala Basin offshore Equatorial Guinea. They replicated this success with the discovery of multiple oil and gas-condensate reservoirs. Since then they’ve converted two discoveries into producing fields.

Exploration integrated with excellent project execution, has leveraged almost all of Noble Energy’s global offshore production. The company discovered over 3 billion barrels of net resources since 2005 and has proven its ability to move from discovery to effective execution of large-scale development projects in the Eastern Mediterranean and West Africa. Here it established core operating areas and continued to explore. Today, it is seeking to replicate its offshore success in the Atlantic Basin and the Mediterranean Sea. It has even started the exploration of unconventional reservoirs in the DJ Basin.

Noble Energy’s culture persuades each employee to own responsibility for the safety of himself, his coworkers, and the community. The result is a solid safety culture that benefits the employees, communities, and environments in which they work.

At Noble Energy, work is done to minimize the environmental impact of its activities. In both on-shore and off-shore operational areas, it researches and evaluates baseline conditions, and apply eco-friendly practices to protect local ecosystems.

Wherever its teams work, community involvement is steered by the principle of creating sustainable value to help achieve their purpose,” Energizing the World, Bettering People’s Lives”.

The company’s social investments are built on three tactical pillars:

LINKS TO JOBS AT NOBLE ENERGY