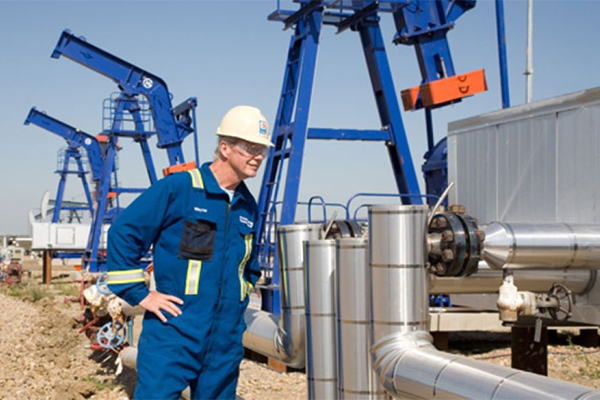 Husky Energy is a Canadian-based integrated energy company engaged in global discovery, development and production of Crude Oil and Natural Gas. It also performs projects to upgrade operations such as: pipeline operations, commodity trading and energy infrastructure. It manufactures & sells refined products and maintains a network of stores. It is publicly traded under the name HSE on the Toronto Stock Exchange.

The Asia Pacific and Atlantic areas are part of its offshore market. Husky also has a portfolio of Oil sands leases in northern Alberta’s Fort McMurray district, spanning some 2,500 square kilometres. The company owns a plant in Lima, Ohio, a refinery in Superior Wisconsin and holds a 50% stake in BP.

The operations of Husky Energy are divided into two divisions: Upstream and Downstream.

Exploration and processing of Oil and Gas is the priority of the Upstream unit. The organization also established three areas of expansion in addition to its existing assets and prospects in Heavy Oil and Western Canada: the Asia Pacific Market, the Oil Sands and the Atlantic Area.

Husky’s downstream activities in the Integrated Corridor are targeted at three primary goals. The versatility of feedstock to supply the highest-priced Oil to its refineries, expanding its product range and maximizing market access to catch the best yields. Continuous investment to improve the performance and efficiency of downstream heavy Oil processing continues to support the thermal production of the company.

Husky developed the production of heavy oil in Western Canada. The Company has modified this business with a focus on thermal technologies to further tap into the important resource in place.

Most of Husky’s heavy Oil assets are located in Saskatchewan and Alberta’s Lloydminster region. Projects are now producing, adding 10,000 bbls / day of production, including the Dee Valley development that came online in 2019.

Refined products supplied in US, include:

Its headquarter is in Calgary, Alberta. The company operates in:

Husky is dedicated to the best health practices, protecting the public, its workers, the environment, and supporting the societies in which it works. Through reducing the impact on land, soil, air and water, its mission is to maintain continuous improvement of environmental quality. It works with local, indigenous, and business leaders to identify community needs, as well as charitable organizations. The development plan for the community creates and enhances meaningful relationships.

LINKS TO JOBS AT HUSKY ENERGY