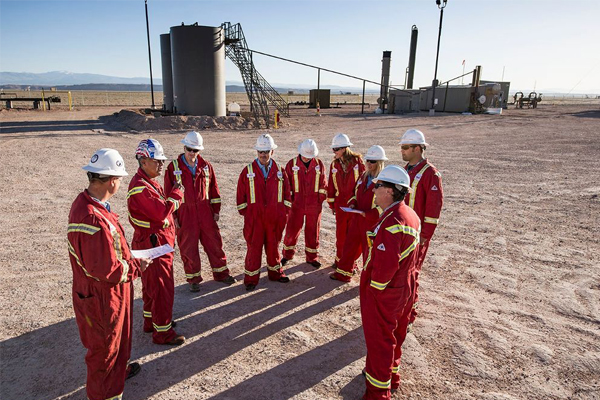 Crescent Point Energy Corporation is an Oil and Gas company from North America. Its main focus is on Light Oil production. It explores high-return plays. The organization is focused on expanding its production capacity in Canada and the United States. Its focus is on increasing profitability by constantly reducing costs of its operations in the Viewfield Bakken, Shaunavon, Flat Lake and East Shale Duvernay. Following are some facts about the company:

Crescent Point Energy still uses a significant part of this high-return oil pool, which makes a significant contribution to its free cash flow. Its waterflood manufacturing program for Viewfield aims to improve conditions for regeneration and modest levels of decline.

The company’s asset play for Shaunavon is based in southwest Saskatchewan. It controls a significant part of this oil market which offers low-risk development and free cash flow. It is anticipated that its Shaunavon waterflood and improved oil recovery systems would have further long-term benefits.

The company’s Flat Lake play is a multi-zone mineral activity in southeastern Saskatchewan and is an expansion of North Dakota’s Three Forks project. It has efficiently expanded this high-netback light oil pool since 2012, using its experience in related asset pools, while also optimizing its profitability by increased efficiencies.

Crescent Point Energy’s early-stage East Shale Duvernay play has heavy-quality lands focused on density, width and stress within the oil window. This land play, situated in Alberta, is also close to the infrastructure that has been developed. The company is continuing to promote this resource as it has shown strong initial horizontal Well results to date.

Following are the areas, provinces/states in which the company operates:

Crescent Point Energy’s mission is to increase shareholder returns in a responsible and sustainable manner by creating cost-effective asset base. It has always been a priority to live and work in the same area. About $30 million and thousands of volunteer hours have been dedicated in neighborhoods across Canadian and American operational regions since the creation of the company in 2001. Its occupational health and safety team meets periodically to discuss accidents, complaints and to improve & update safety procedures. It is proud to support the following key areas: